I once again gladly welcome one and all to animhut’s episodic post “DESIGN HISTORY”. I am very happy that lots of our viewers and readers are benefited with this post. This week we are going to see about Persian art and its influence on the development of the design field.

Introduction:-
Region traditionally known as Persia is now called Iran. The term ancient Persia is used to refer to the period before the advent of Islam in the 7th century A.D. The high plateau of Iran has seen the development of many cultures, all of which have added distinctive features to the many styles of Persian art and architecture. 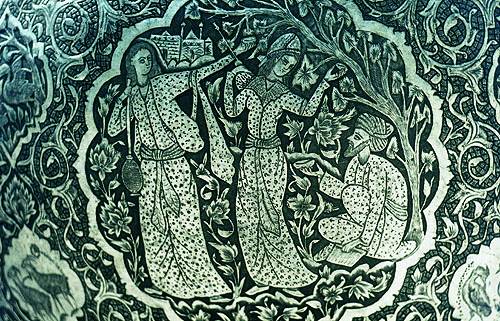 Period:-
Persian started to emerge since 7 century A.D. It had lots of periods but still the following periods are the most important among it. They are:-

Achaemenian period:-
A unified style emerges. Luxurious works of decorative art were produced. The Achaemenids evolved a monumental style in which relief sculpture is used as an adjunct to massive architectural complexes. Remains of great palaces reveal plans that characteristically show great columned audience halls. The style as a whole and the feeling for space and scale are distinctive.

Sassanian Period:-
Of far greater artistic importance is the the Sassanian art. Adapting and expanding previous styles and techniques, they rebuilt the Parthian capital at Ctesiphon. There a great palace with a huge barrel vault was constructed of rubble and brick. Sassanid architecture is decorated with carved stone or stucco reliefs and makes use of colorful stone mosaics.
Influence/Inspiration of Persian art:-
Subject to invasions from both east and west, Persia has over the centuries blended many influences to create a rich diversity of arts, styles, and techniques. Persian art is particularly noted for its architecture and production of exquisite miniatures, although perhaps best known today for ornate carpets. So the wide diversity of outside influences make it difficult to pin down distinct characteristics.

Concept of Persian Art:-
The “Animal style” which uses decorative animal motifs is very strong in the Persian culture first appearing in pottery, reappearing much later in the Luristan bronzes and again in Scythian art. 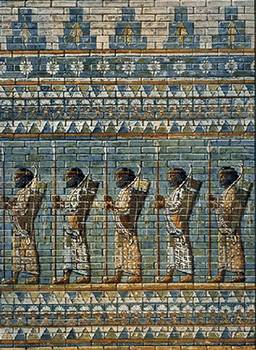 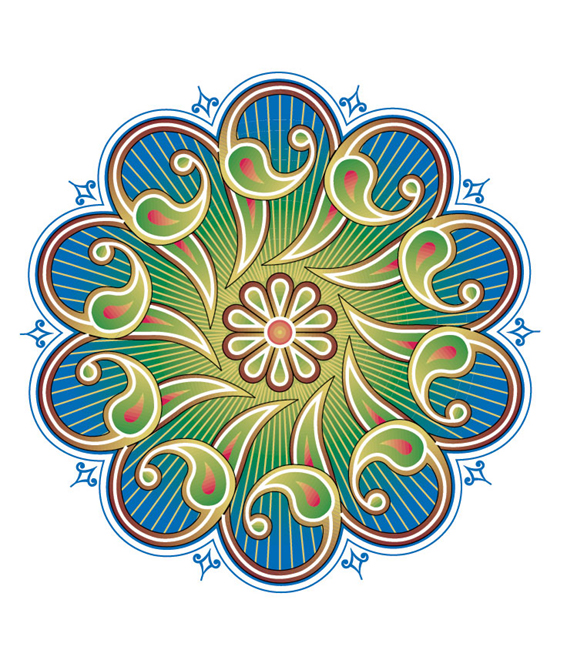 Techniques of Persian Art:-
Muslim style
After the Muslim invasion of the 7th century AD, Persia was brought within the sphere of Islamic styles and techniques, clearly reflected in the ceramics and ornate calligraphy which developed. During the Mongol Timurid dynasty (1369•1506) Chinese influences were apparent in the development of one of Persia’s greatest artistic achievements, the miniature, which was used to illustrate books of poetry, history, and romances. 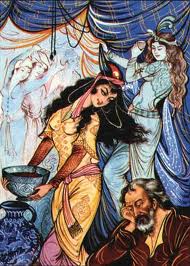 Persian style
By the 15 th century a distinctively Persian style had evolved, characterized by firm lines, strong colours, and a lot of detail; its greatest exponent was Bihzad. The Timurid dynasty also saw the use of coloured tiles to cover buildings, for example on the Blue Mosque of Tabriz.
The Safavid dynasty (1502•1736) produced miniatures, which now began to show the influence of Western styles; fine carpets • many of the finest Persian carpets are Safavid; fabrics, particularly silk; and metalwork. Palaces were decorated with murals. The Safavid dynasty marked the beginning of Persia’s artistic decline, as European influences grew stronger. 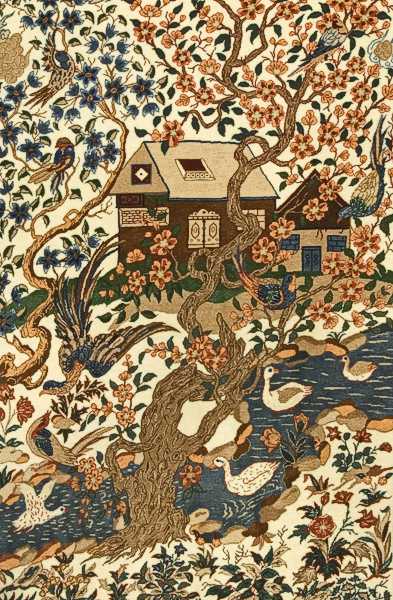 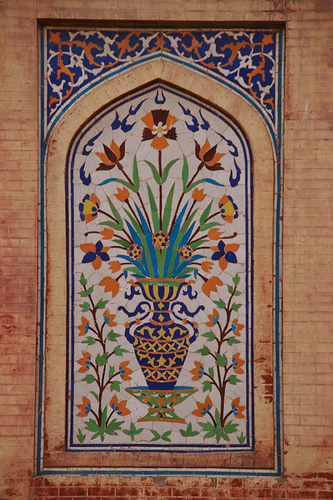 Persian architecture has a very long and complex history, and is often regarded as the field in which Persia made its greatest contribution to the world’s culture. Although Persian styles differ sharply from any other Islamic architecture, they have strongly influenced buildings throughout much of the Islamic world, especially in Central Asia, Afghanistan, Pakistan and India.

The art of the Iranian world from its earliest beginnings exhibited a constant and unmistakable characteristic, in spite of the many trends and currents and the abundance of foreign influences. 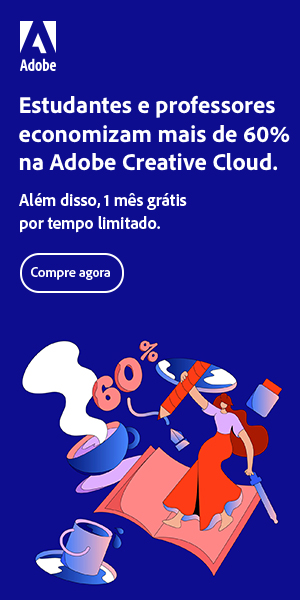